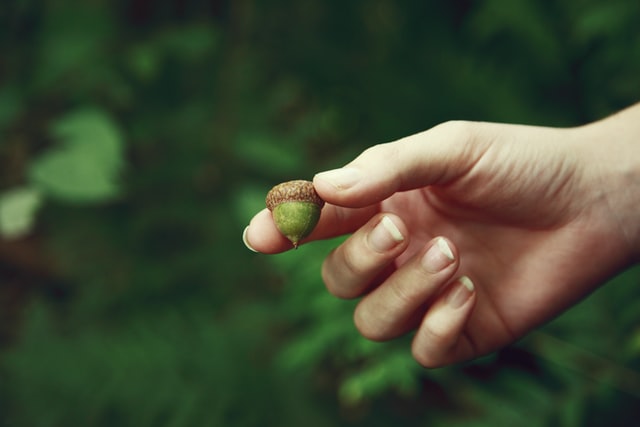 A single seed can do fantastic things

A single seed can do fantastic things! Yes, a small and undeveloped grain has the potential to feed many hungry souls, so long as we have the patience to let it grow. Seeds have the tenacity to survive in remarkable locations and soils. Once they develop a root system, seeds will persevere through floods and drought-like conditions. However, not all seeds are beneficial. So, what type of seeds have you been sowing?

There is a parable in the Bible worth some meditation. In Matthew 13:24-30, we read how a man’s wheat field is compromised by an enemy. During the night, the man’s enemy sows tares (an injurious weed that resembles wheat when young) alongside his wheat. When the servants of the good man realized the problem they ask if they should uproot and remove the tares before the harvest. Knowing that the good grain and tares have become entwined, the master wisely answers, no.

The good crop was compromised and would surely be uprooted with the tares. Instead, the master directs his servants to let them both grow until the harvest. At the time of maturity, both the wheat and tares would be harvested. Only then would he separate the two; he would have a crop to put in his barn. The tares would then destroyed.

“The kingdom of heaven is like a man who sowed good seed in his field; but while men slept, his enemy came and sowed tares among the wheat and went his way. But when the grain had sprouted and produced a crop, then the tares also appeared. So the servants of the owner came and said to him, ‘Sir, did you not sow good seed in your field? How then does it have tares?’ He said to them, ‘An enemy has done this.’ The servants said to him, ‘Do you want us then to go and gather them up?’ But he said, ‘No, lest while you gather up the tares you also uproot the wheat with them. Let both grow together until the harvest, and at the time of harvest I will say to the reapers, “First gather together the tares and bind them in bundles to burn them, but gather the wheat into my barn.” ’ ”Matthew 13:24-30 (NKJV)

Christ is the good seed

Our faith in Christ is the good seed in this parable. Healthy seeds can survive outrageous conditions and terrains. They are over-comers. And since Jesus has already overcome sin and death, we too are victorious in His power. Through Him, we bear fruit for His kingdom. As followers of Christ, we have an eternal home where He will gather us. Heaven is far more glorious than a barn, but remember, we only see in part right now.

“For now we see only a reflection as in a mirror; then we shall see face to face. Now I know in part; then I shall know fully, even as I am fully known.”

“ Having been born again, not of corruptible seed but incorruptible, through the word of God which lives and abides forever.” 1 Peter 1:23 (NKJV)

Satan likes to interfere with the Lord’s harvest

Satan likes to interfere with the Lord’s harvest by tossing snares into healthy fields. If we are not careful, our faith and walk with Christ can simmer from hot and passionate to a complacent lukewarm. The cares of the world and fleshly temptations can easily grow beside compromised believers. Hiding our spiritual condition from other believers is possible (for a time) but never from God. Remember, the tares looked like wheat when they first appeared but in time they were identified as unfruitful and harmful to the healthy seed.

If the tares of life are not identified and removed, they will corrupt us. We are warned to watch the seed we are sowing lest we become defiled. With healthy seeds of faith, we can do much for the kingdom of God. But sin separates us from God, hinders our prayers, and stunts our spiritual growth. We must remain vigilant in our walks of faith and practice self-examination by asking, “Would Jesus approve of this pursuit?”

“You shall not sow your vineyard with different kinds of seed, lest the yield of the seed which you have sown and the fruit of your vineyard be defiled.” Deuteronomy 22:9 (NKJV)

“Do not be deceived, God is not mocked; for whatever a man sows, that he will also reap. For he who sows to his flesh will of the flesh reap corruption, but he who sows to the Spirit will of the Spirit reap everlasting life. And let us not grow weary while doing good, for in due season we shall reap if we do not lose heart.”