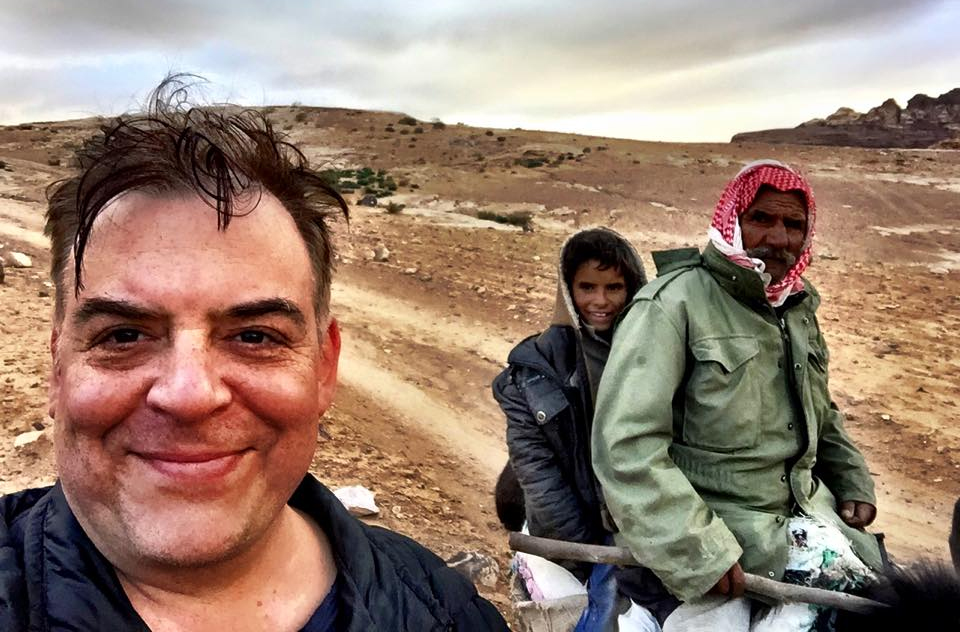 A Phil Fischer Devotional: Did the Israelites really eat Manna?

God appointed Moses to lead His people out of Egypt. For over 400 years they were enslaved but God heard their cries and delivered them. He prepared Moses for the incredible task of leading the Israelites out of Egypt, through the wilderness, and eventually to the promised land.

“Then He said to Abram: “Know certainly that your descendants will be strangers in a land that is not theirs, and will serve them, and they will afflict them four hundred years.” Genesis 15:13 (NKJV)

After a month in the wilderness of sin (Exodus 16:1), God’s people began to grumble. It wasn’t just a family or two who were negative but the entire Israeli community! They looked back to their time in Egypt with fondness! They missed the herbs and meat they had once enjoyed and romantically tossed aside any remembrance of their forced labor and abuse under Pharaoh.

“And the children of Israel said to them, ‘Oh, that we had died by the hand of the Lord in the land of Egypt, when we sat by the pots of meat and when we ate bread to the full! For you have brought us out into this wilderness to kill this whole assembly with hunger.’”

God set a test before His children while in the desert. Basically, He responded to their grumblings like this: ‘I’ve delivered you out of bondage and provided many miraculous signs on your behalf. I’ve healed your bitter waters (Ex 15:23-25) and made them sweet so you can drink your fill. I have also let you go hungry so that you will know it is I who feeds you. The Hebrew word for test is nacah which means to try or prove. God knew their grumbling was rooted in fear. He wanted them to trust His ability to provide for their needs.

“So He humbled you, allowed you to hunger, and fed you with manna which you did not know nor did your fathers know, that He might make you know that man shall not live by bread alone; but man lives by every word that proceeds from the mouth of the Lord.” Deuteronomy 8:3 (NKJV)

God heard His people grumble so He told Moses He would rain down bread from heaven. There were specific instructions on how to collect this heavenly food source (Gen. 16:21-26).

In the morning, the manna was to be collected before the heat of the sun caused it to melt. Israelites were to collect just what they needed and not save any leftovers for the following day. On the sixth day, they were to gather enough for two days as the seventh day was the sabbath and a day of rest.

“So when the children of Israel saw it, they said to one another, ‘What is it?’ for they did not know what it was. And Moses said to them, ‘This is the bread which the Lord has given you to eat.’” Exodus 16:15 (NKJV)

“Human beings ate the bread of angels; he sent them all the food they could eat.”

“Had rained down manna on them to eat and given them of the bread of heaven. Men ate angels’ food; He sent them food to the full.” Psalm 78:24-25 (NKJV)

God does everything with a purpose. He instructed the Israelites to collect manna every morning and told them to collect just what they needed for the day. It was a test to see if they would follow His instructions and trust Him to care for their daily needs. Of course, some of them disobeyed and held back some manna for the next day. To their surprise, the manna spoiled overnight and was covered with maggots!

“Then the Lord said to Moses, ‘Behold, I will rain bread from heaven for you. And the people shall go out and gather a certain quota every day, that I may test them, whether they will walk in My law or not.” Exodus 16:4 (NKJV)

The instruction of God also said that each person was to gather enough manna for their need. He told them to collect one omer for each person in their tent/family. Supernaturally, the manna would balance out. He who gathered too much would have nothing left over and he who gathered too little would not lack.

We can take this promise of provision and apply it to the grace of God. When a believer is in the middle of a very difficult storm, God will provide the necessary amount of grace to help them pass through their adversity. They require more grace than a soul who is moving through a day with little hardship (although there are tests in every day). Consider the persecuted Christians in Syria, Africa, and China. Those facing death and abuses are given enough grace to persevere and endure the trial. We must all take one day at a time and trust that God’s provision will be more than sufficient to carry us through each sunrise and sunset. He is faithful to meet our needs.

“This is the thing which the Lord has commanded: ‘Let every man gather it according to each one’s need, one omer for each person, according to the number of persons; let every man take for those who are in his tent.’ Then the children of Israel did so and gathered, some more, some less. So when they measured it by omers, he who gathered much had nothing left over, and he who gathered little had no lack. Every man had gathered according to each one’s need.” Exodus 16:16-18 (NKJV)

Finally, we must remember that JESUS is the true BREAD OF LIFE. There is power in His name and there is hope in His faithful promises. Nothing is impossible if He is standing by your side.

“This is the bread which comes down from heaven, that one may eat of it and not die.

I am the living bread which came down from heaven. If anyone eats of this bread, he will live forever; and the bread that I shall give is My flesh, which I shall give for the life of the world.” John 6:50-51 (NKJV)

Thank you for reading this Jesus Lives Teaching on:

Did the Israelites really eat Manna?