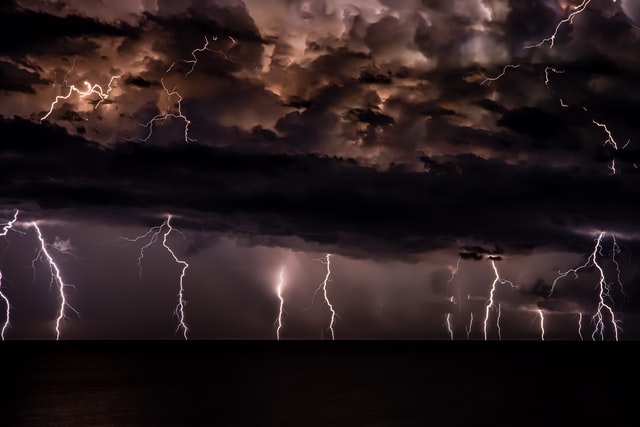 A Phil Fischer Devotional: An Organized Army of Darkness

There are ranks of power within the 5 main branches of our military (Army, Air Force, Navy, Marine Corps, and the Coast Guard). They are armed forces. This means they have the weaponry to defend, guard, and protect our land. As children of God, we have spiritual armor and weapons as well. Our supernatural weapon is a sword… the actual the Word of God.

“Stand firm then, with the belt of truth buckled around your waist, with the breastplate of righteousness in place, and with your feet fitted with the readiness that comes from the gospel of peace. In addition to all this, take up the shield of faith, with which you can extinguish all the flaming arrows of the evil one. Take the helmet of salvation and the sword of the Spirit, which is the word of God.”

God’s angelic army also has ranks of authority and power. We know there is a celestial hierarchy because more than 7 verses of Scripture mention different types of angels and their rank or purpose.

Jude 1:9 calls Michael an archangel. Genesis 3:22 states that after Adam and Eve sinned and were removed from the Garden of Eden, God stationed cherubim and the flaming sword to guard the way to the Tree of Life. Daniel 10:3 mentions that Michael (the archangel?) is one of the chief princes. Michael arrived to help another angel sent to help Daniel. The spiritual battle was with the prince of the kingdom of Persia.

(Daniel 10:12-14) Children have guardian angels that continually see the face of God (Matthew 18:10). Isaiah 6:1-3 describes the throne room of God where Seraphim stand above Him in constant praise. Colossians 1:16 speaks of visible and invisible thrones, dominions, rulers, and authorities. Ephesians 3:10 also mentions principalities and powers in heavenly places. “

The purpose of a military is to guard, protect, and defend land and citizens. This can be applied to the spiritual realm. God’s angel army is charged with defending and protecting God’s children. Our adversary is the devil. Our citizenship is in heaven and his is in hell. There is good a reason to believe that angels are armed with weapons necessary to fight spiritual battles (sword).

“Now the donkey saw the Angel of the Lord standing in the way with His drawn sword in His hand, and the donkey turned aside out of the way and went into the field. So Balaam struck the donkey to turn her back onto the road.” Numbers 22:23 (NKJV)

“For He will command His angels concerning you to guard you in all your ways.”

“He will command his angels concerning you to guard you carefully.” Luke 4:10 (NIV)

“The angel of the Lord encamps around those who fear Him, and He delivers them.”

If mankind has a military whose goal is to guard and protect citizens and land, and God’s celestial army has a similar purpose, it’s reasonable to assume that Satan also has a military force. We are warned in 1 Peter 5:8 to be “Be sober, be vigilant; because your adversary the devil walks about like a roaring lion, seeking whom he may devour.” He is at war with God and His children.

Demons (fallen angels) make up the devil’s army. They are fierce opponents but through Christ’s death and resurrection, we have the power to defeat them. Through Jesus we have victory.

God spoke through the apostle Paul (book of Ephesians) about a spiritual battle we all must fight. Since it’s an unseen battle fought in a spiritual realm, it requires discernment. We must be strong in the Lord and in the power of His might when facing these forces of darkness. Our battle is a daily one and it requires vigilance. Through the blood of Christ, we can stand and advance against principalities, powers, rulers of the darkness, and spiritual hosts of wickedness residing in the heavenly places.

We are certainly living in dark times! If we are not Christ-minded we will easily become deceived by false doctrine and the ways of the world. Christians are not supposed to fit in and comply with a politically correct ideology of this world. Rather, we need to boldly stand out as lights for Christ, sharing the Good News that Jesus loves us all and died for our sins. Thank God we have spiritual armor and celestial warriors who protect and defend us. The battle has been won but we still have a personal race to run.