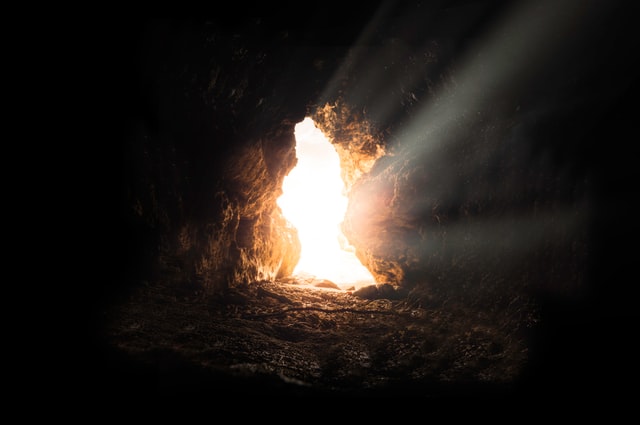 God speaks to us through nature. The transformation of a caterpillar into a beautiful butterfly is a wonderful analogy of a believer’s sanctification process. While we walked in sin, we were all ugly caterpillars. Upon accepting Jesus as Lord, we entered the pupa stage. This is when our spiritual metamorphosis begins.

While inside the chrysalis, the old body parts of a caterpillar undergo remarkable transformations. Every pupa eventually emerges from a chrysalis with a new body… that of a butterfly! What a remarkable change! The caterpillar, once a slow moving bug forced to travel by foot, gains wings and is able to fly! It is the same creature but unrecognizable due to the process of metamorphosis.

Before accepting Christ as our Savior, we were all ugly (sin) caterpillars. Upon accepting Jesus as Lord, we are transformed into beautiful butterflies. The Christian life is fundamentally a changed life.

“And do not be conformed to this world, but be transformed by the renewing of your mind, that you may prove what is that good and acceptable and perfect will of God.” Romans 12:2 (NKJV)

Jesus was transformed from spiritual deity to flesh and blood when He stepped down from heaven to live amongst us for 33 years. His humble transformation is really beyond our comprehension. Through His unconditional love for us, Jesus experienced everyday life on earth and endured all the temptations we face as humans. The Bible tells us He was tempted but never sinned. He understands our struggles and sorrows for He also lived through them.

“He is despised and rejected by men, a Man of sorrows and acquainted with grief. And we hid, as it were, our faces from Him; He was despised, and we did not esteem Him. Surely He has borne our griefs and carried our sorrows; Yet we esteemed Him stricken, smitten by God and afflicted.” Isaiah 53:3-4 (NKJV)

Jesus also understands temptation. His 40-day trek into the wilderness is an inspiring account of obedience and fortitude (Matthew 4:1-11). We can believe that Jesus intervenes with the Father on our behalf with compassion. He knows our struggle and pain and wants to help us. He understands how difficult it is to live in a fallen world.

For there is one God and one Mediator between God and men, the Man Christ Jesus, who gave Himself a ransom for all, to be testified in due time.”

“Then Jesus was led by the Spirit into the wilderness to be tempted by the devil. After fasting forty days and forty nights, He was hungry.” Matthew 4:1-2 (NIV)

When Jesus rose from the dead, He transformed back into His spiritual existence. Jesus’ own words show us that He would not be resurrected with His flesh-and-blood body. He said that He would give His flesh in behalf of the life of the world, as a ransom for mankind.

“For Christ also suffered once for sins, the just for the unjust, that He might bring us to God, being put to death in the flesh but made alive by the Spirit.” 1 Peter 3:18 (NKJV)

After His resurrection, Jesus appeared to many people over a period of 40 days, proving beyond doubt that He had been raised from the dead by the power of God. He assumed human form temporarily, just as angels had previously done. As a spirit creature, He was able to appear and disappear suddenly. During this time He continued to teach His disciples and prepare them for the task of sharing the Good News. They were continually changing. The Holy Spirit was transforming them into the image of their Lord.

“After that He was seen by over five hundred brethren at once, of whom the greater part remain to the present, but some have fallen asleep.” 1 Corinthians 15:6 (NKJV)

“Therefore, if anyone is in Christ, the new creation has come: The old has gone, the new is here! “ 2 Corinthians 5:17 (NIV)

Paul tells us that all believers have died with Christ and no longer live for themselves. Our lives are no longer worldly; they are now spiritual. Our death is that of the old sin nature which was nailed to the cross with Christ. Just as the Father raised Him up, so are we raised up to walk in newness of life.

Like the caterpillar, let us celebrate our continual transformation and metamorphosis. And if we are not changing we should to ask ourselves a hard question. Why not?

“And we all, who with unveiled faces contemplate the Lord’s glory, are being transformed into His image with ever-increasing glory, which comes from the Lord, who is the Spirit.” 2 Corinthians 3:18 (NIV)

“ Who will transform our lowly body that it may be conformed to His glorious body, according to the working by which He is able even to subdue all things to Himself.” Philippians 3:21 (NKJV)

“And that you put on the new man which was created according to God, in true righteousness and holiness.” Ephesians 4:24 (NKJV)